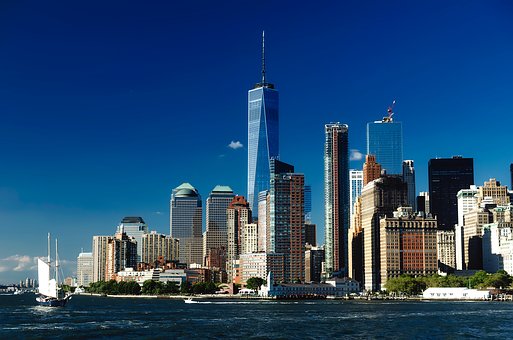 “You may have a Billion dollar idea, but it takes labor to make it a reality” -JSP

This Labor Day I took some time to reflect on the meaning of the holiday and how strong leadership coupled with a determined workforce taking pride in the quality of their work transformed a nation.

The origins of Labor Day began with the labor movement of the nineteenth century in recognition of the achievements of the American workforce, this is during the height of the Industrial Revolution which was already well underway in Europe and America since the seventeenth century.

Between the 1880s and 1890s, an Act of Congress made the first Monday in September a legal holiday and was soon being observed throughout the Union.

Although it’s difficult to pinpoint how Labor Day first got its start, no one can deny how the workforce raised the standard of living with an unprecedented era of production that transformed the American landscape and our way of life.

The Power of A Can-Do Attitude

Great Achievements during the Great Depression

The early twentieth century witnessed some amazing feats of engineering, leadership, and the herculean efforts of American laborers which sometimes bordered the miraculous.

These were made possible by Leading Beyond Expectations with a “Can-Do Attitude.

Dr. Martin Luther King Jr. says, “No work is insignificant. All labor that uplifts humanity and has dignity and importance should be undertaken with painstaking excellence.”

Two ambitious projects that exemplify Leading Beyond all Expectations with a Can-Do Attitude are the Hoover Dam and the Empire State Building. Both projects were undertaken and completed with painstaking excellence.

The Hoover Dam is located on the Colorado River bordering Nevada and Arizona built between 1931 and 1936. In my opinion, The Hoover Dam is one of the most amazing structures in recent American history.

The Hoover Dam is 1244 feet long (a quarter mile) 660 feet wide (the length of two football fields), and 726 feet high (more than 170 ft taller than the Washington Monument in Washington D.C.)

The dam required an unprecedented amount of concrete, holding back so much water that it compressed the earth’s crust, triggering more than 550 minor earthquakes within ten years of its construction.

The massive project employed more than 5000 workers during the Great Depression and was completed more than two years ahead of schedule.

The Empire State Building (another of my favorites) stands as a 102-story monument of labor determination and diligence. The once tallest building in the world stands 1,250 feet high and 1,454 feet at the top of its antenna.

Built on the site of the old the Waldorf–Astoria, demolition began in 1929, the same year of the infamous stock market crash. Construction on the building itself began on March 17th, 1930. The laborers were building at the rate of one floor per day!

The Empire State building opened on May 1st, 1931, just a little more than 13 months after construction began! (That’s a feat in itself). Though nameless to many, those laborers completed construction 45 days ahead of schedule and deserve to be recognized.

Big construction projects in the twentieth century illustrate the power Leading Beyond all Expectations with a Can-Do Attitude.  These people had great vision and the determination of workers to make it happen. The early twentieth century demonstrated the power of having high expectations, clear Communications, and strong work ethics.

The achievements of the past remind us that the indomitable human spirit and the will to succeed is what made this country great. With humility, integrity, self-sacrifice, and teamwork our most productive years will always be ahead of us.

Leaders and Laborers of both Hoover Dam and Empire State Building exemplified:

Take a few minutes to admire the handiwork of the thousands of workers that make our cities what they are.  Be grateful and see how Leading Beyond Expectations (With a “Can-Do Attitude) have added value to society.