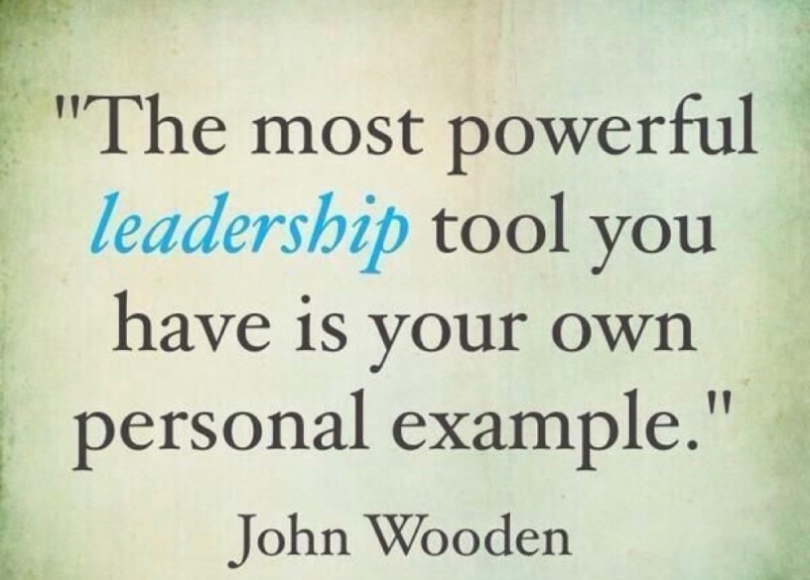 “The best executive is the one who has sense enough to pick good men to do what he wants done, and self-restraint enough to keep from meddling with them while they do it.” -Theodore Roosevelt

I always learn something from the life of President Theodore Roosevelt; he was a man of his word. He understood integrity and kept his commitments even when it was inconvenient to do so. Roosevelt was a leader who developed and inspired leaders. He serves as a model of stability for leaders and politicians alike.

“Roosevelt’s achievements as president included expanding America’s foreign policy influence in the world, regulating monopolies and corporations, and forging environmental and public land protection laws. In many ways he was ahead of his time, supporting women’s suffrage and desegregation several years before either became a reality. He is credited with shaping America’s vision for a new century, and he is commonly referred to as the country’s first modern President. His political leadership style involved, “pounding fists and emphatic rhetoric” combined with a charming, engaging personality (Theodore Roosevelt Bio, 2015).” (1)

Roosevelt took responsibility for his failures and showed appreciation to those who contributed to his successes. Keeping his word was his highest priority when it came to earning and maintaining the trust of the people he served.

Roosevelt stated: “It is a peculiar gratification to me to have owed my election…above all to Abraham Lincoln’s “plain people’; to the folk who worked hard on the farm, in shop, or on the railroads, or who owned little stores, little businesses which they managed themselves. I would literally, not figuratively, rather cut off my right hand than forfeit by any improper act of mine the trust and regard of these people…. I shall endeavor not to merit their disapproval by any act inconsistent with the ideal they have formed of me.”

Theodore Roosevelt was a lifelong learner who believed in the necessity of personal growth for himself and others. He said “as soon as any man has ceased to be able to learn, his usefulness as a teacher is at an end. When he himself can’t learn, he has reached the stage where other people can’t learn from him.” He believed in modeling personal growth.

The nature of leadership is naturally others-oriented. I wrote 4 “R’s” from my leadership lessons of Theodore Roosevelt I hope they will help you be a better leader as they have for me.

Everyone likes being around leaders who connect with them. Understanding and connecting with people holds teams together. You must have a genuine desire to add value to people to be relational. It’s impossible to make people feel valuable if you personally don’t feel they are. Roosevelt valued his people.

Reliable is defined as consistently good in quality or performance; able to be trusted. Keeping our word rates high with people and more so as leaders. Integrity is the foundation upon which relationships are built. Who can trust an unreliable person? Where integrity is weak, the relationship is fundamentally flawed. Roosevelt always kept his word.

When it comes to relationships respect for others tops the list. Demonstrating decent behavior is always proper, being respectful resonates with people. Developing character builds self-respect. No self-respecting leader will ever demean or disrespect another. People are validated and motivated when they feel respected. Roosevelt respected people.

President Harry Truman had a sign on his desk that read “The Buck Stops Here.” The role of a leader involves tough decision-making and taking responsibility for developing the best in others. As leaders, we are responsible for assembling and guiding our teams. We are the primary cause of our successes and failures and must be willing to accept the blame for failure and share the credited for success, Roosevelt practiced both.