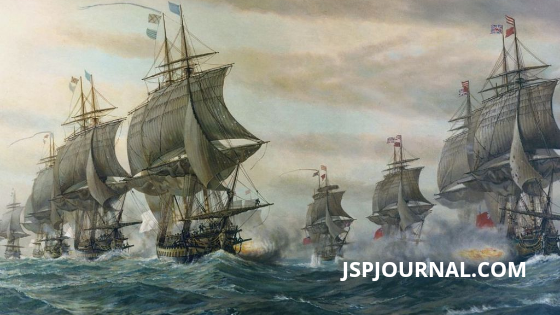 There’s a story about a fleet of British warships in 1707 encountering inclement weather for a number of days. The Admiral met with his navigators to determine the fleet’s position. Most of his navigators were sure they were passing along the island of Ushant northwest of France. The Admiral took them at their word had them chart a course for home based on their information.

The severe weather coupled with the navigator’s error led the fleet off course, and in a short time, they crashed into the rocks on the Isles of Scilly (off the southernmost shore of England).  The navigator’s error in longitude placed them nearly 187 kilometers (approx.116 miles) from their actual location.

The interesting fact was that the navigators were not in agreement with their position. The Admiral took the advice of the majority instead of seeking to further verify their actual location. Knowing precisely where we are is the only way to chart a reliable course toward our desired destination.

As a Leader, you’ll face all kinds of problems in the course of a career. Every leader has to learn how to navigate the difficult challenges that arise during turbulent times. Sometimes when the hits keep coming, we can become disoriented, and quickly feel like a ship being pounded by wave after wave.

Like a vessel navigating one huge wave after another, you begin to feel like you’re hurdling one problem and preparing for the next. It’s during these seasons that a leader needs to help everyone stay oriented, reminding them of the primary purpose in view.

“Great leaders are almost always great simplifiers, who can cut through argument, debate, and doubt to offer a solution everybody can understand.”   – General Colin Powell

Understand the issue at hand

If you don’t understand what the problem is, you’ll never solve it. Taking the time to accurately articulate what you’re actually facing, dispels fear and diffuses much of the initial tensions. Accurate information always gives us an edge in trying times.

Avoid the pooling of ignorance

How many times I’ve been in meetings where all kinds of possible solutions were offered without understanding the issue and/or failing to reference any facts. Blindly offering answers to questions nobody’s asking, never leads to a solution.

First, acquire the facts, so your team is better equipped to offer some informed suggestions.

You’ll be making better decisions, instead of relying on opinions. Using facts alone can help you uncover patterns and behaviors that may have contributed to the problem. Keeping everyone focused on the real possibilities and options available is always empowering.

Don’t be a theorist – Be hands-on

I like to challenge my team to come up with two maybe three suggested solutions and include themselves in at least one of them. I’m always wary of people who offer suggestions without rolling up their sleeves, it’s so tiring.

As a good leader, you already have good instincts and developed skillsets. You also have the skills and instincts of your team at your disposal. Ask specific “why” questions, because they require an explanation which is always more helpful than a three or four-word answer.

Keep it simple – Begin with the basics

Focusing on factors that are actually driving the problem, will help you identify the areas requiring the most attention. It’s easier to build a solution on the basics than to sort through a ton of data looking for the proverbial needle in the haystack.

“Quality is never an accident; it is always the result of high intention, sincere effort, intelligent direction and skillful execution; it represents the wise choice of many alternatives.” – Willa A. Foster