Mark 4:8
“Still other seed fell on good soil. It came up, grew and produced a crop, some multiplying thirty, some sixty, some a hundred times.”

The Parable of the Sower gives us a picture of the gospel message and the fruit it produces. After the message was heard two hearers had life and two did not. The first had the word stolen from them, the second had no depth so was never rooted, the third was choked but alive, yet it produced nothing.

The parable of the sower demonstrates the amazing multiplying power of God’s Word sown into the hearts of people. Those who take responsibility for doing the work receives an abundant harvest from the seed he or she has sown on good ground. 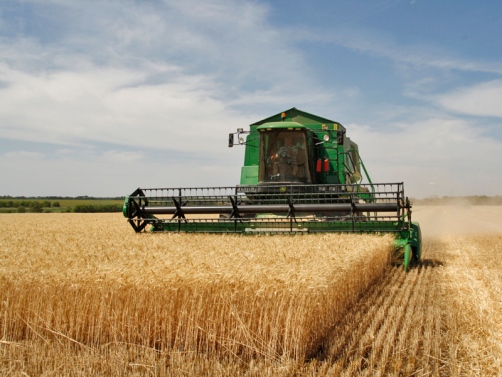 Understanding the multiplying power of one simple seed in good soil will help us appreciate the potential of God’s Word sown and received in faith.  Jesus told his disciples that possessing faith as small as a mustard seed had astounding growth potential. Here we see the amazing multiplying power of good seed sown into good soil.

I remember the first time my wife and I planted a garden in our backyard. The yield of those seeds kept coming all season, we had so many tomatoes that we needed to freeze the ones we couldn’t give away.  My wife was still making sauce from tomatoes we harvested the season before! Now that’s the multiplying Power of good seeds in good soil!

The apostle Paul applied this same growth principle in giving to God’s work. He writes in 2 Corinthians 9:6; “If you sow generously, you will reap generously,” and that is the secret of God’s Kingdom growth potential when it comes to applying faith (good soil) to God’s Word (the seed).

Although the parable of the sower is primarily about preaching the gospel, yet this law of the seed (God’s Word) can be applied to any area of our life. For example, according to the law of Genesis all seeds reproduce after their own kind. So, intentionally putting this simple law of the seed to work in a heart that’s completely prepared to receive it, brings incredible demonstrations of God’s fruitfulness in any area.

Thoughts Words and Deeds are the Seeds You Sow 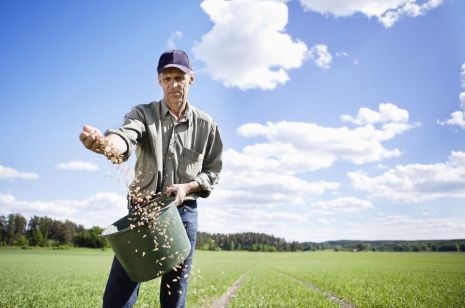 All you think say and do, keep reproducing after their kind all of the time. If you’re sowing words and deeds of love, kindness, encouragement, or help of any kind; you’re going to eventually receive three thousand, six thousand, or ten thousand percent return of the same over time.

Paul reminded the Corinthian Church that it’s better to give than to receive. Focusing on receiving will bless you temporarily, focusing on giving continues to bless others, and yourself when the returns come in.

You can change your life by intentionally practicing God’s Word according to the Golden rule “treat others as you would like to be treated yourself.” Think of the good you will be doing within your family, Church, and society through the Kingdom lifestyle of sowing good seeds of thoughts words and deeds in the lives of others.

Imagine what three thousand, six thousand, and ten thousand percent returns will look like in a city where the Church is continually applying this truth. How will your personal life change by sowing the Word into every area of your own life, by thinking saying and practicing it continually?

Why not begin today seeing people as fertile fields for you to sow good seed into? Make this your lifestyle, see them blessed by the deeds you sow, see the return blessings God pours into your own life as well. Have confidence in the multiplying power of God’s Word, Be fruitful, and Be Encouraged! – JSP