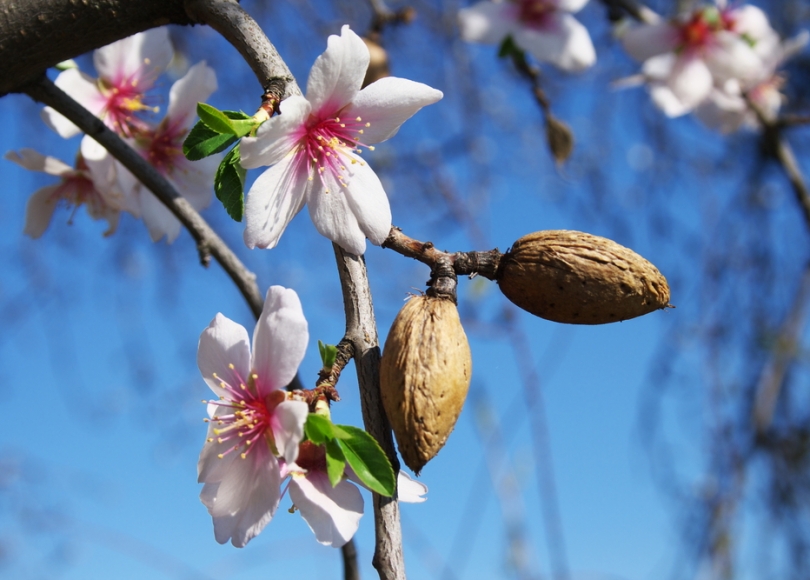 Jeremiah 1:11-12
The word of the LORD came to me: “What do you see, Jeremiah?” “I see the branch of an almond tree,” I replied. The LORD said to me, “You have seen correctly, for I am watching to see that my word is fulfilled.”

The word of the Lord which came to Jeremiah at this time came in the form of a question within a vision, then in a reply and a statement of fact. The word was a warning of impending judgment which God would bring on His people out of the north.  God often used visions and/or dreams such as this one to reassure His people of the certainty that His word will be fulfilled.

In this particular vision God used a play on words that would help Jeremiah remember that what God says never fails.  In this passage the Hebrew word for “almond” sounds like the word “I am watching.”  God did this so whenever Jeremiah would see the almonds, he would remember that God was always watching over His word to see that it was fulfilled.

God’s statement concerning His careful oversight of His own word is unchanging. If He’s watching over the word of His mouth when He declares it, we can be sure He’s watching over it when we rest our faith upon it in prayer.  Just as the memorial stones in Joshua’s day reminded the people of God’s faithfulness whenever they looked at them,  Jeremiah would remember that God is “always watching” over His word to fulfill it whenever he saw the almonds.

Regardless of the situation you may find yourself in, call to remembrance how many times God has kept His word to you in the past. Recall and rehearse those past victories until your faith is strengthened in Him and your assurance that He’s always watching overtakes your doubts. Renewing your mind with the redemptive facts of God’s word will always give you assurance in prayer and renewed hope for the future.

When it comes to renewing your mind for assurance in prayer, T.L. Osborn’s words are helpful: “Analyze your thoughts. If they contradict the facts of redemption, then simply change them. Think redemptive thoughts. Think of what God says. Ponder it. Rejoice in it. Talk it. Communicate it. Believe it. And act on it. Discouragement will dissipate like a toxic fog before the sunshine.”

God’s word is fact, and one of the facts of redemption which He’s stated is that He is always watching and answering prayer according to His word.  So train yourself to think and pray in line with God’s word.  Let His promises and His faithfulness in answering you in the past be your “almonds,” reminding you that He’s always watching over every word He has spoken to you.

Let those past victories be steady reminders of a hopeful future because God is watching over His word to you.  Stake your future on God’s promises, walk in the light of His written word, Remind yourself that He’s always watching, and Be encouraged! -JSP