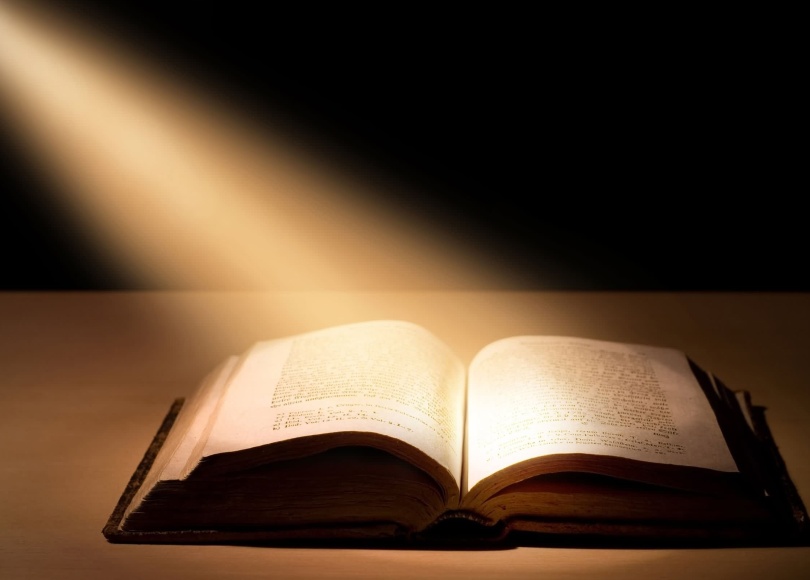 Here we see David expressing his love for God and His law. This is just a sampling of David’s love for God’s Word.  Psalm 119 contains 176 verses of David expressing how much he loved God’s law, and what the Word of God would do for anyone who would cherish and practice its precepts and principles in daily life.

We have a generation emerging who has been taught that the Bible is a religious book of fables and that it was simply written by men from an ancient culture, and its ideas are outdated and irrelevant for today. This of course is the standard opinion of those who are completely unaware of the facts surrounding the origin, and the history of the Scriptures.

No one doubts that men wrote the Scriptures, the question is the origin of their inspiration, which I hold to be God Himself. In this brief article my intention is not to try and prove the Bible’s Divine origin, but to present some simple facts for honest consideration, showing that the Bible is indeed in a class by itself.

The Bible declares itself to be the Word of God and does not attempt to defend its Divine origin or inspiration.  The Scriptures give a purpose for history by outlining God’s purpose for humanity and His plan to redeem planet earth. The Bible has been viewed throughout history as Divinely inspired literature. The wisdom contained within the Bible has been followed by some of the most influential people and brilliant minds down through the ages.

The Bible has also served as the basis for modern scientific pursuits. Note: Modern science as we know it was born in the 17th century and was based upon a respect for God and a wonder of His creation…early scientists believed in an unchanging God of order who designed creation with a purpose.

Early science was essentially a discipline of discovery before the current shift to being a society for the explanation of the origin of all things. The discoveries of modern science is one thing, but the explanations given for their origins are often mere speculations and not to be taken as facts.

It is a historically known fact that the Bible shaped the western world’s concept of Law and Government. Most of our current laws and concepts of morality are taken from the Old Testament case laws.

Human rights have always been at the center of what our nation is about. The Declaration of Independence recognizes that all men are CREATED equal, and are endowed by their CREATOR with certain inalienable rights. Our Constitution was written to protect those God given rights. This concept comes directly from the Bible.

The Bible is a most Amazing Book

The Bible contains 66 books: 39 Old Testament and 27 New Testament. The Bible contains 1,189 chapters and over 31,000 verses. It has been translated into 1,200 languages and (at the writing of this article) is either sold or given away about 100,000 times a day in the United States alone.

The Bible was written by approximately 40 authors over a period of about 1,500 years (40 generations) on three Continents: Asia, Africa and Europe, written in three Languages: Hebrew, Aramaic and Greek; yet the many narratives within the Bible, work together to tell one story, in keeping with only one general theme.  It is astounding to note that there are absolutely no contradictions within its pages!

Gather a sampling of several books from several authors on any one topic today and you’ll find differing opinions on that topic. The Bible has 40 authors, who lived in different places at different times, and are all in complete agreement; that’s a fact worthy of serious consideration.

Among the Biblical writers are a Political leader, a Prime Minister, a Kings cupbearer, a Military leader, Kings, a Priest, a Rabbi, a Doctor, Fisherman, Herdsman, and a Tax collector (and interesting fact in itself). The Bible’s books and letters were written from dungeons, prisons, palaces, deserts, and a deserted island (Patmos).

Closest Copies to the Originals

If you were to take manuscript evidence as the criteria for authenticity into consideration, you’ll find that the top three writings of antiquity and their earliest copies to the originals would look like this:

1st Place: The New Testament with over 24,000 manuscript copies dating to within 50yrs of the original.

2nd place: Iliad by Homer 643 manuscripts, dating to within 500yrs of the original.

3rd place: Demosthenes 200 copies, the earliest dating to within 1300yrs of the original.

It is also a noteworthy fact that in every age there have been Bible critics attempting to discredit its authenticity and all have failed.  In fact throughout history there has never been a single piece of factual evidence accompanied by credible documentation proving the Scriptures to be false in any area!

American Presidents Commenting on The Bible

George Washington “It is impossible to rightly govern the world without God or the Bible.”

Andrew Jackson  “That book, Sir, is the Rock upon which our republic rests.”

Theodore Roosevelt  “A thorough knowledge of the Bible is worth more than a college education.”

Woodrow Wilson “There are a good many problems before the American people today, and before me as President, but I expect to find the solution of those problems just in the proportion that I am faithful in the study of the Word of God.”

Franklin D. Roosevelt “We cannot read the history of our rise and development as a nation, without reckoning the place the Bible has occupied in shaping the advances of the Republic.”

“The Bible is endorsed by all the ages. Our civilization is built upon its words. In no other book is there such a collection of inspired wisdom, reality, and hope.”

Ronald Reagan “Within the covers of the Bible are all the answers for all the problems men face. The Bible can touch hearts, order minds and refresh souls.”

Now of course the facts that I’ve related in this article do not prove the Divine origin of the Scriptures, but an honest intelligent and unbiased look at those facts, will lead anyone to the conclusion; that when it comes to all human literature the Bible stands alone as unique, and is indeed completely in a class by itself. – JSP